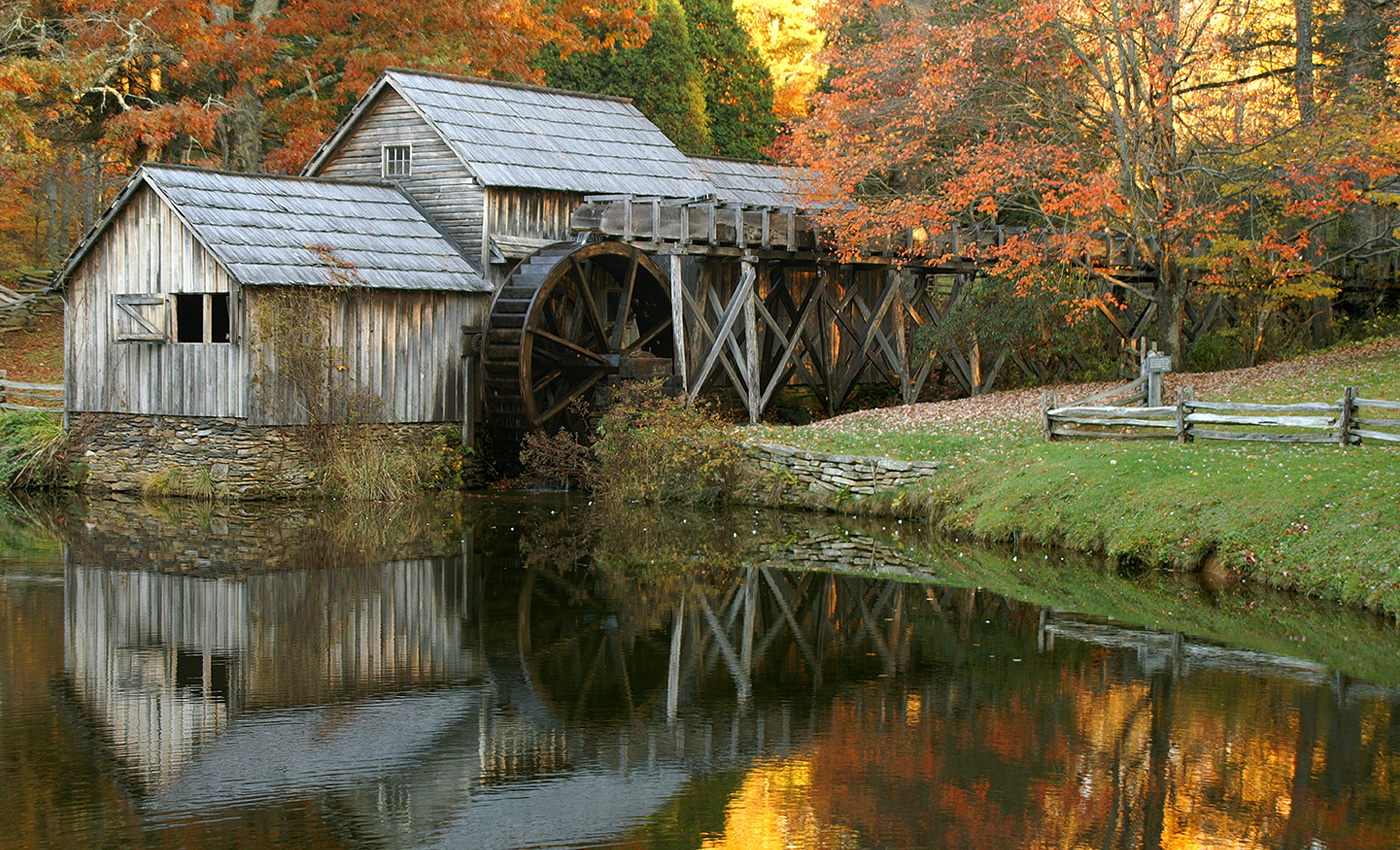 The Wilderness Road Regional Museum is located in Newbern, Virginia, within a mile of Interstate 81 and only a 7 minute drive from Rockwood Manor. The Museum building was originally two homes, one built in 1816 by the town’s founder, Adam Hance, the other an 1810 weatherboarded log structure that served as a dwelling, tavern, store, and post office. Newbern itself was established in 1810 as Hance’s planned town strategically located along the primary migration route west. An entrepreneur of his time, Hance recognized the economic benefits of developing a town along the road midway between the Virginia towns of Christiansburg and Evansham (now Wytheville). Laid out as 28 lots fronting on this wagon road, the town prospered, serving settlers 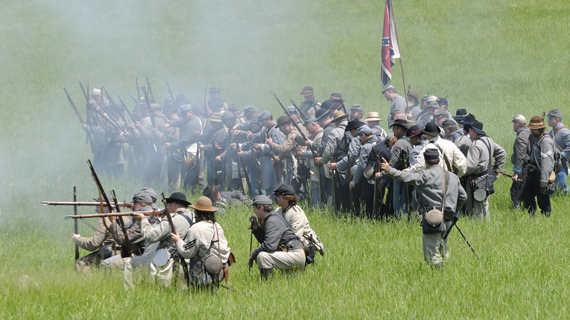 moving into Kentucky, Ohio, and beyond. Because of its early significance, Newbern was placed in the State and National Registers of Historic Places in 1979 as a unique remnant of our 19th century villages. Home to the Hance-Alexander family from 1810-1976, the Museum, which today is owned and operated by the New River Historical Society, exhibits artifacts and documents highlighting 19th-century life along the Wilderness Road. Phone: 540.647.4835

Located in Radford just off interstate 81 and only a 17 minute drive from Rockwood Manor. Glencoe gives visitors a fascinating look back at the Victorian way of life during the post-Civil War years. Built by Confederate Brigadier General Gabriel C. Wharton, the house and grounds provide an intimate view of life from another era, as well as featuring the works of talented local artists. Phone: 540.731.5031

Before the commencement of the American Revolution, the Virginia back country was home to the wild howling of wolves, the silent stalking of panthers and often violent collisions between the Shawnee and Cherokee, who competed for a select list of fertile lands. This untamed area, nestled in the Eastern Continental Divide, was chosen by patriot, William Preston, for the construction of the Smithfield Plantation, whose elegance contrasted patently with the simplicity and humbleness of the surrounding log cabins and poverty stricken abodes. Owned today by Preservation Virginia, an organization which has restored over 50 properties with considerable historical value, the Plantation enables visitors to learn more about the vicissitudes and marvels of 19th century life through magnificent period furniture, Native American artifacts and guides dressed in period costume. The Plantation also hosts a series of events (musical evenings, commemorative events, children’s day camps, etc. – for a list of their latest events, visit their Facebook page: www.facebook.com/historicsmithfieldplantation). The Plantation also has a well stocked store, so if you are visiting be sure to by something the history buffs back home will love, including handcrafted bonnets, images and historical material that will shed light on the significance of the Plantation and of William Preston himself (who narrowly escaped violent death at the hand of the Shawnee during the violent Draper’s Meadow Massacre in 1775).

Located in Pulaski, VA, only a 14 minute drive from Rockwood Manor. The Raymond F. Ratcliffe Memorial Transportation Museum, or simply “The Ratcliffe”, features one of the most extraordinary O Gauge Model Train Displays in the country. Dr. Milton Brockmeyer, a local dentist, working with colleagues from the Model Railroad Club — especially Willie Ryan, artist and projectionist at the two local theaters, and C.P. Huff — created an 8O’ x 26′layout in the Brockmeyer basement. In 2O13, the Town of Pulaski expanded its Raymond F. Ratcliffe Memorial Museum, re-named the Raymond F. Ratcliffe Memorial Transportation Museum, to include expanded exhibits, including the O Gauge Display, historic fire engines, storyboards featuring the Town’s history, and artifacts helping to tell Pulaski’s story. Phone: 540.980.2307

Ingles Farm is a historic Farm located in Pulaski, VA. Only a 16 minute drive from Rockwood Manor.

On a day in July 1755, in the settlement where Mary once lived, members were killed by American Native Indians. Mary and other family members were captured by the Shawnees and taken hundreds of miles into the frontier wilderness. However, this remarkable woman summoned tremendous physical and mental strength as she escaped from her captors and walked through Kentucky, West Virginia, navigating only through memory and by following significant waterways, back to her home valley. Later she and her husband moved to Radford (Ingles Farm) area where Mary lived until her death in 1815. Along with seeing Mary’s home where she officially settled, you can also follow Mary’s Ingles trail through the state and see historical markers and sites on the trail.